If you are anything like me, you like to use Band-in-a-Box to make your own backing tracks to popular cover songs. Using these backing tracks you can jam and sing along with your friends and liven up even the dullest family braai (barbeque for you non-South Africans).  Those of you who are really brave can legally perform those cover songs for a wider world-wide-web audience on a platform like www.streetjelly.com

I think it is important to note here that I do not try and recreate an exact cover version of the song. I rather try and do my own thing and make my own unique version. Have a look at this version of Amazing Grace that I made a while back.

So here is my work flow:

1.Choose a simple song and listen

If you are just starting out, choose a very simple song that you like. Folk songs are always a good because they generally use three chords and the truth!

Listen to a few different versions of the song. Have a look on Youtube or Apple Music or Spotify for various versions and get a feel for the style you would like to use. While you are about it, count out and make note of the tempo of the version you would like to do.

2. Get the chords and the key

Hopefully you already have the chords for the song you want to use but if not then have a look at www.ultimate-guitar.com for the chords. I usually just pick one of the versions with the most “stars”. 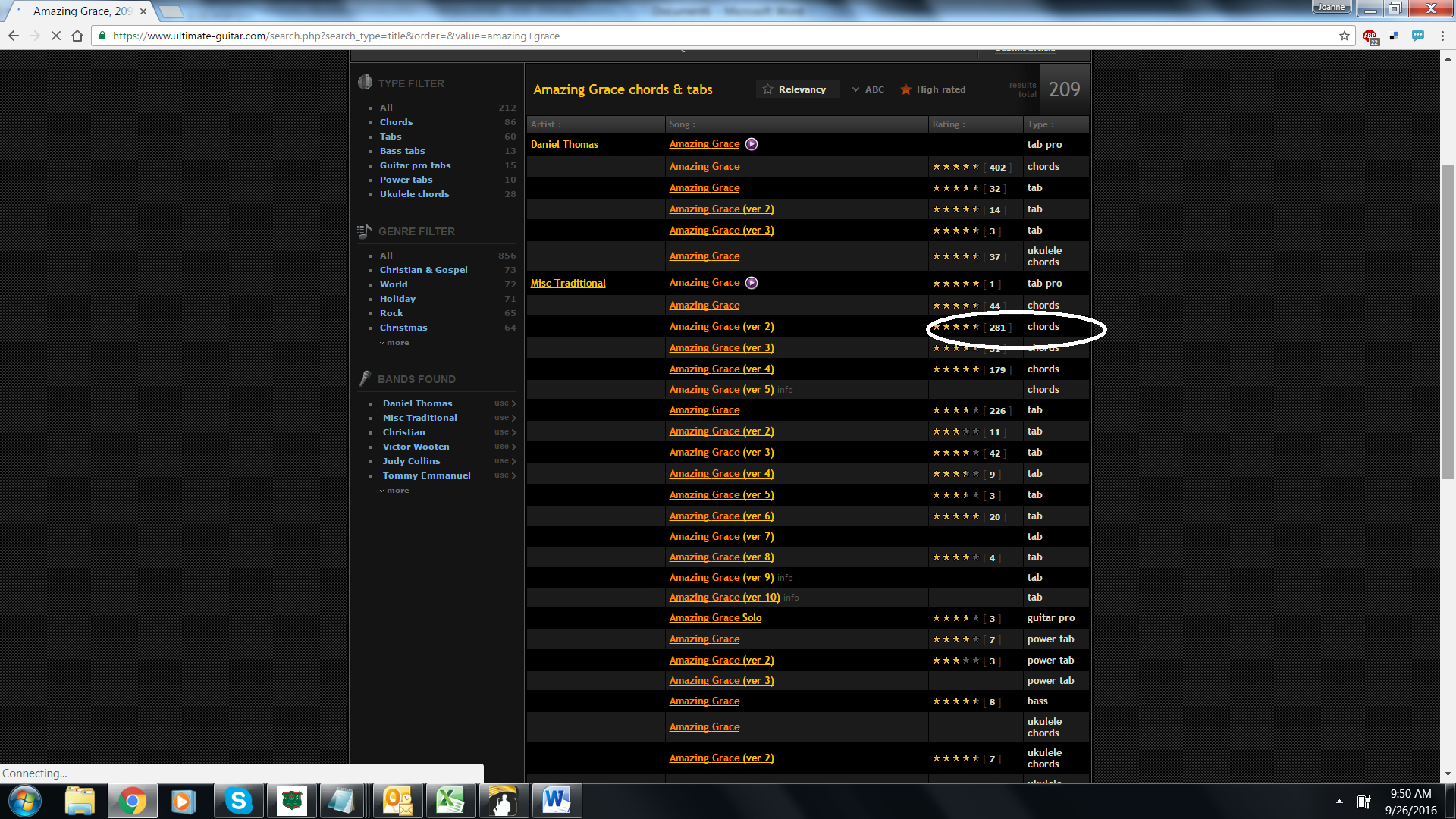 Determine the key that the song is in. Sometimes this is easier said than done! For "most" well known simple songs the key will be the first and last chord . For example, the chords for this version of Amazing Grace are in G. 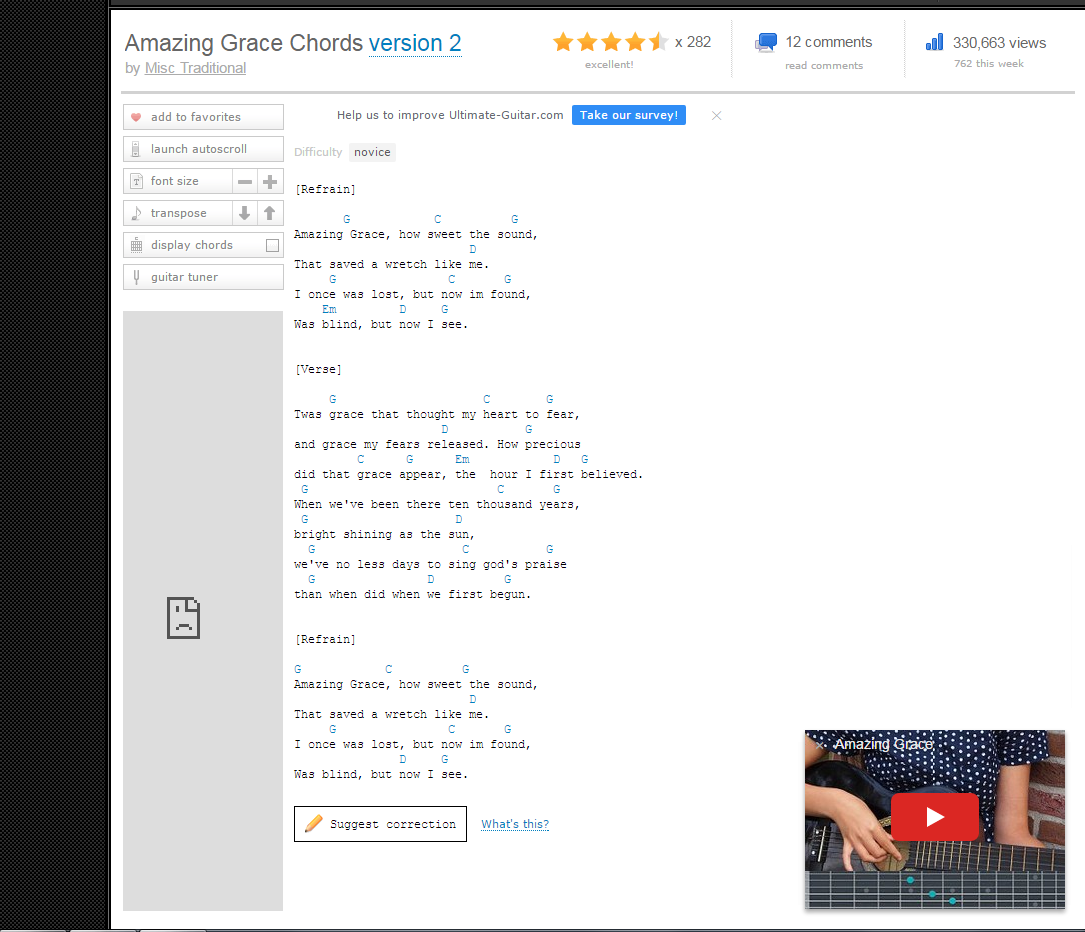 If you play the guitar or keyboard, you can work out the key and you can also work with the chords for a bit to make sure you know what key you would like to play the song in, how many bars each chord plays for and if you want to change up the chords. If you don’t play an instrument, don’t worry, you will still be able to do this inside Band-in-a-Box itself.

3. Set up your Band-in-a-Box session

Open up Band in a Box and select the correct key. 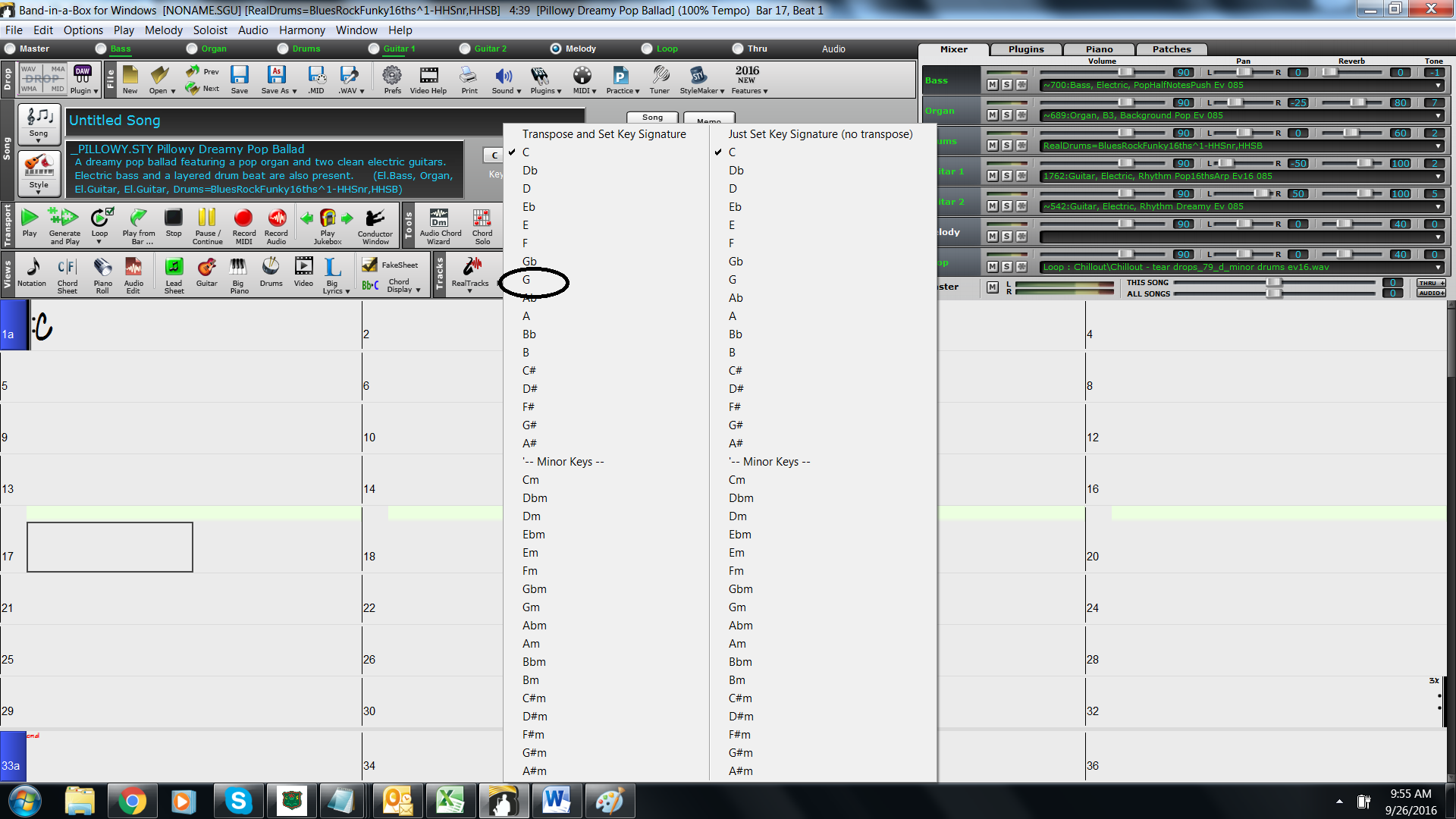 And change the number of choruses to 1 and the “end” bar to some arbitrary number, say 200. 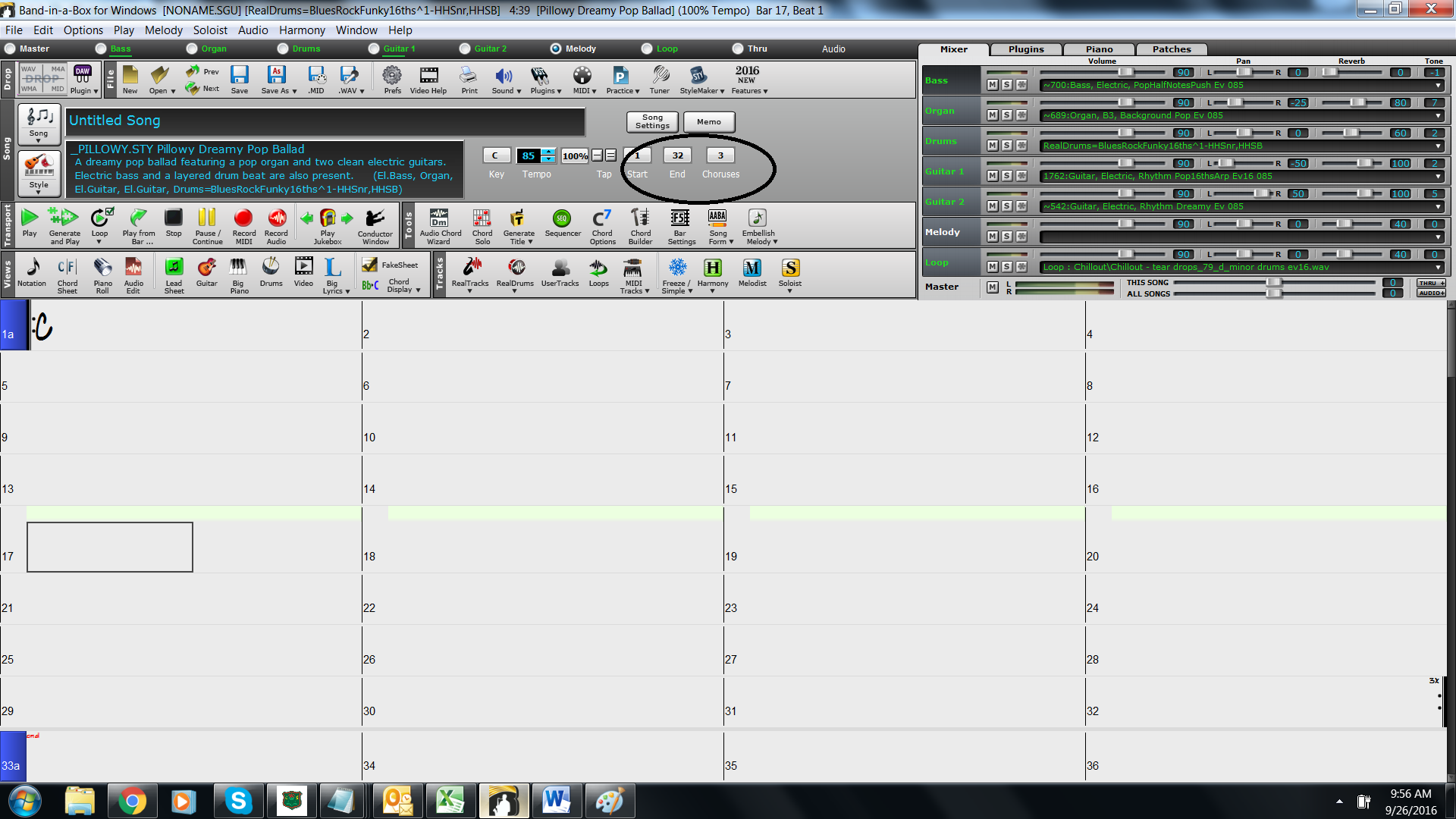 Now open the “Style Picker” and you will see that in the 2016 version there is a very nifty new tool called “Style Filter”. Type in the name of the song you want to cover and if it is fairly well known it will come up with the suggested style, the meter and tempo. Press enter and then spend a few minutes auditioning the styles that Band-in-a-Box suggests to see which one you like. Here is a great video from PG Music on if how the Style picker works. Note: The demonstration on the new style picker starts at 13:36

Press enter and you will be taken back to the main Band-in-a-Box screen with the style and the tempo pre-populated.

5. Type in the chords

It is a good idea to change the part marker to green for the choruses of the song (this will change the drum pattern when the chorus plays). If the song has a bridge, type this in the appropriate bars. Put the actual end bar in. (Remember Band-in-a-Box likes to have a four bar ending). If you did not already select a key that suits your voice in step 2 then now is a good time to mess about with the key until you find the perfect one for your voice. 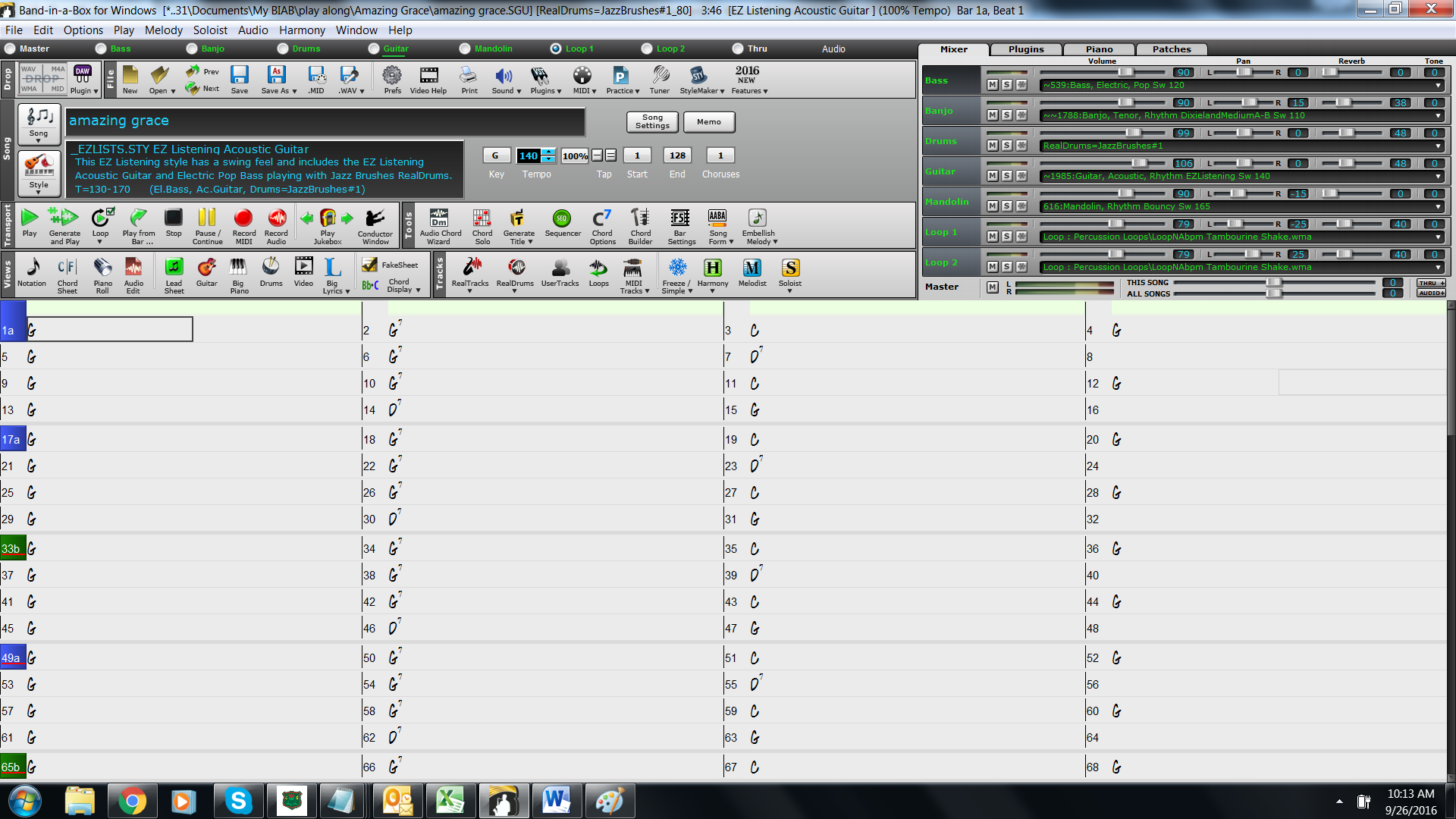 You now have your completed song that you can impress all your friends with!

In a future blog I will be covering how I make a teleprompter file (like what I showed you on Amazing Grace above) so that you can take the track with you where ever you go. PS, even Bruce Springsteen uses a Teleprompter......

To get the first jump on future blog posts sign up by Email or RSS. 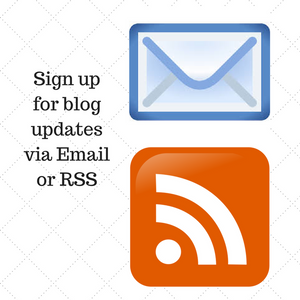